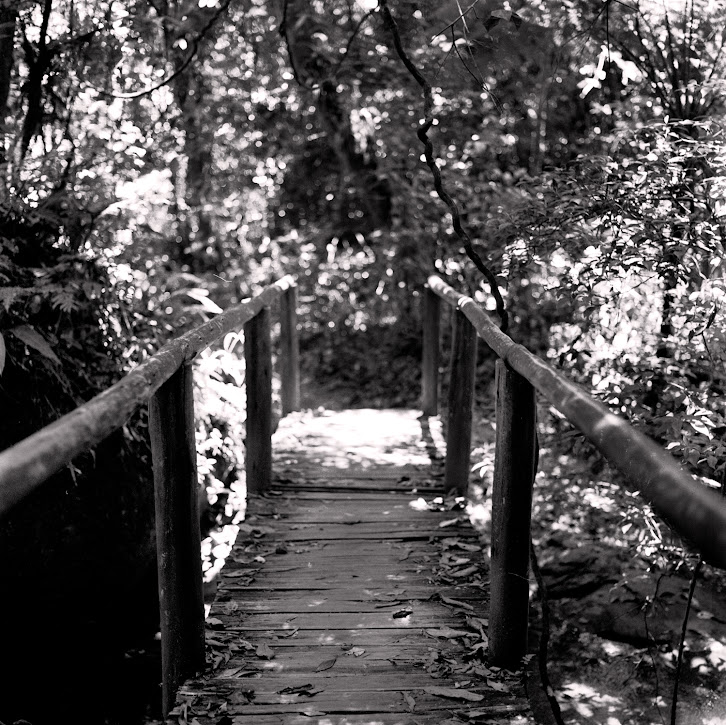 Who knows where this could lead?

Let’s back up for a second. Going to Brazil for a month was by all measures a crazy idea.

Ernest Hemingway once said “Always do sober what you said you’d do drunk. That will teach you to keep your mouth shut.” While most ideas hatched over a beer are clearly terrible in the morning light, every once in a while you’ll wake up the next morning with a real gem. It was in that vein that a dozen otherwise sane human beings left their comfortable homes to do what they normally do but in the heart of Brazil’s commercial capital, the metropolis of São Paulo.

It was an unknown. It was a risk. It was a strange thing that there was no strong record of other companies doing. But mostly, it was an adventure. When the 6 of us that made up the first crew left for São Paulo on January 28, we didn’t know how it would go. All we had was the skeleton of a plan. The whole thing would be employee financed, and we’d already bought tickets a couple months in advance. We’d be staying at my grandmother’s apartment in a nice part of town and a hostel nearby. Monday through Friday we’d work 8 hour days as usual, and on the weekends, we’d go on outings and explore. Carnaval would be on the weekend of February 17, but we didn’t have plans yet for where we’d go.

… or our employees could get eaten alive by bugs

There were a lot of things that could go wrong:

Some of this happened to some degree or another, as we expected it would. For example, we each took about 4 or 5 vacation days to get the most out of our weekends, which amounts on average to a Monday to Thursday work schedule. You can’t really complain since, really, that’s what vacation days are for, and all taking vacations at the same time has both pros and cons. We spent a lot of money; but for the most part we really love traveling and it’s one of the things we’re willing to spend money on. I don’t think there was a single person who came back who wasn’t looking forward to spending some time alone every now and then; but that’s pretty much what you’d expect. And in general, I think that even the people who didn’t go still love being part of the kind of company that can do this kind of thing.

Dimagi is a great company to work for. At the very core of what makes it great is a pervasive no-bullshit culture. This means that the newest employee can tell our CEO if a meeting felt useless; it means that honesty is rewarded even if it’s somewhat embarrassing to yourself or the company; it means that giving reasons is always preferred to giving excuses. And it means that we accept each other as humans and rather than trying to veil our faults in shrouds of self-importance and professionalism, we recognize them, try to set up ways to limit their negative impact, and then focus instead on playing to each other’s strengths. After working here for about 9 months, the consistent respect for my basic humanness and the emphasis on frankness and honesty pretty much had me. But what happened next is what really pushed me over the edge. 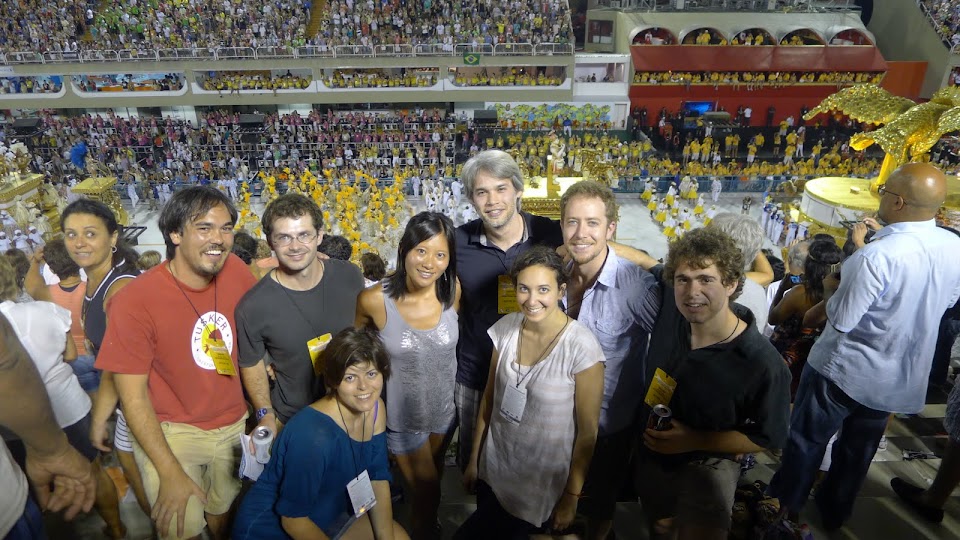 A lot of companies have company retreats. I’ve heard stories about various large consulting firms that take all their new members and put them through “trainings” that are work-hard play-hard marathons of mock project all-nighters and open-bar dance parties, referred to fondly as “the best time you’ll wish you’d never had”. Or maybe it’s just some all day meetings and team-building exercises at a resort in Maine. But the one thing that they all have in common is that they are planned by management, mandatory, and are meant to fulfill some other goal but in a fun way. The thing that was really unique about our Brazil trip was that it was hatched by us, planned by me with constant input from everyone, optional, and was for our personal fulfillment and not an ends to meet some other business goal. Each of those three things was really important to the trip’s success: planned by employees, entirely optional, and done for personal rather than corporate reasons.

Let’s say you are the CEO of your company, and you want to be cool like Dimagi. What can you do to make something like the Brazil trip happen? The answer is not that much, really. As far as I am aware the ONLY thing that our CEO Jonathan did to make this trip happen was to give me the go-ahead, but obviously that made all the difference and is one of the many reasons that I love him. Not every company’s employees are going to want to do exactly what we did. I wanted to go to Brazil because it’s a place that was important to me growing up, and a place that I wanted to share with everyone here. When we talked about it over beers, I got the feeling like people would like that very much. I talked with Jonathan and he said he’d support it if a serious plan came together. Why? Because that’s the kind of company he wants to be the CEO of. This is his life we’re talking about; this is our lives we’re talking about. The reason it was special, and the reason it was awesome wasn’t just that it was Brazil; it was that we as a group had come up with something that would be exciting beyond our wildest dreams, only to realize that it was, in fact, entirely doable.

In the end our trip to Brazil was a huge success. Some people went the whole 5 weeks. Some people only stayed for a few weeks. Everyone knew what they wanted out of the trip, and as far as I can tell, everyone got it. But the point is that different people wanted different things. No one was telling anyone how long they had to stay cooped up with everyone else (“because if you don’t come for the whole time you’re not a team player”), and some people chose not to come at all. Just as important as the freedom to do something crazy every now and then is the right to say “sounds fun but I think I’ll pass”. That’s one of the reasons most employees hate the company retreats: they have to go, so there’s no feedback loop or incentive for management to make it something that the employees actually want to do. 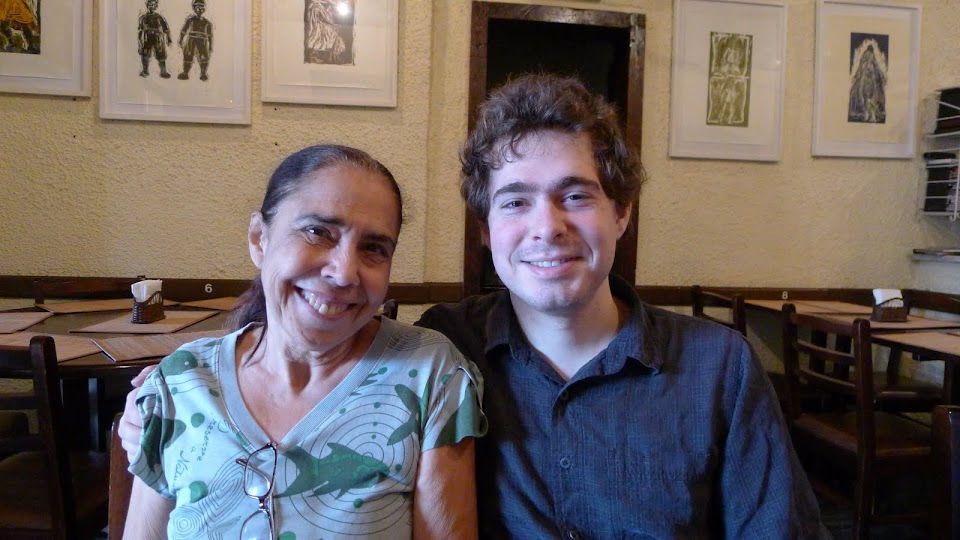 This is me and my grandmother, one of the most amazing people I know, who met us in Brazil the first night we arrived.

What I want to drive home is how extremely tailored and personal this trip was for me. My mother is Brazilian. As far back as I can remember, I have gone to Brazil every two or three years to see my mom’s side of the family. Looking back, it was an incredible gift from my parents that I was able to grow up with my cousins, aunts, uncles, grandparents, and great-grandparents as close family even though we lived on separate continents. Since I graduated from college, it has been a question in the back of my mind: my life up until now has been really dependent on being able to pack up and leave on a regular basis to see the people who are important to me who live scattered across the world. Once you have a job, it’s hard to just drop everything and leave. But the bigger thing is that when you take a vacation, it’s great while you’re gone, but you come back feeling like it’s hard to share with all the people you temporarily left behind.

If at this point, management decides, “Hey look, everyone went to Brazil and had a great time: we should plan one trip to an exotic location with beautiful beaches every year to maintain current levels of employee satisfaction,” I would actually consider that a failure and a missed opportunity. When something becomes a thing that is planned a certain way, and executed by pre-appointed people, it loses its life. Instead of devising a formula to recreate the exact experience we just had, I hope we can keep the trips tailored and spontaneous. I hope that we can continue to do things that are different, fresh, and intensely meaningful to whoever’s planning them. 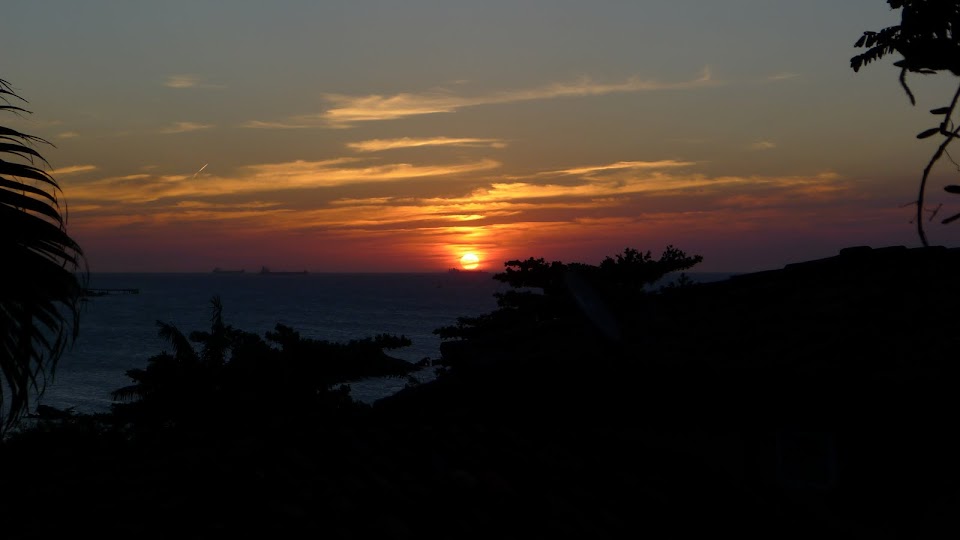 In the end, what seems like short term fun for the developers is actually great for Dimagi. By realizing how big the individual personal rewards of pulling off such a trip could be and assuming the potential risks, Dimagi is going for the long-play. It turns out that being the kind of place your employees want to work is much, much more important than most of the things that typical upper management spends it’s time worrying about.